Happy Holidays to all the OpenShot supporters around the world! I am very proud to announce the latest and greatest release of OpenShot (version 2.2) has just arrived, and is ready to edit all your holiday videos! It’s faster, more stable, and better than ever!

Over the past few months, improvements to performance have been my top priority. In some cases, performance is improved more than 10x compared to OpenShot 2.1.  Adding huge images to your timeline is now fully optimized, and won’t slow you down. Editing HD videos (5K, 4K, 2.5K, and 1080p) is vastly improved. A new caching engine was built from the ground up, and supports both memory and disk back-ends, depending on the user’s needs. This can be configured in the Preferences, under “Cache”. Also, opening huge projects (with hundreds of files / clips) has been optimized and is up to 10x faster. 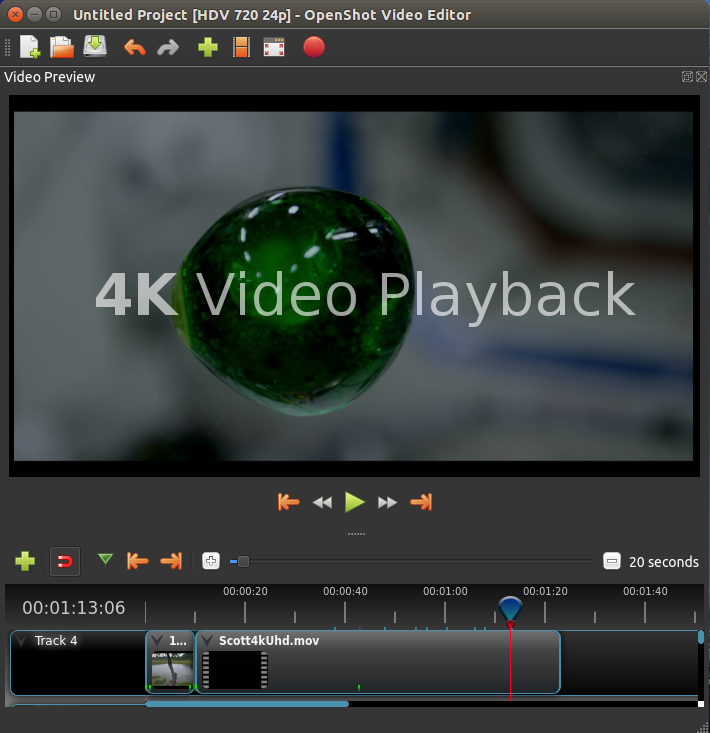 Many critical bugs have been fixed related to seeking, missing frame detection, and AVPacket scope, which results in a much more stable engine, especially on slower systems. Also, compatibility has been improved for Linux AppImage and OS X (10.9+) App Bundles.

Keyframes are used in the animation system in OpenShot, and have received some major upgrades. Support for CSS syntax (quadratic bezier curves) now allows a %-based approach to setting the curve handles. This is very useful, and better than the previously hard-coded values. Also, 28 curve presets have been added for common things like ease-in/out, bounce, etc… Many other improvements have been made to Keyframes, such as better undo/redo support when dragging property values (in the property editor), rendering color keyframes on the timeline, and improved frame detection when using the property editor (i.e. adding a keyframe for the currently selected frame). 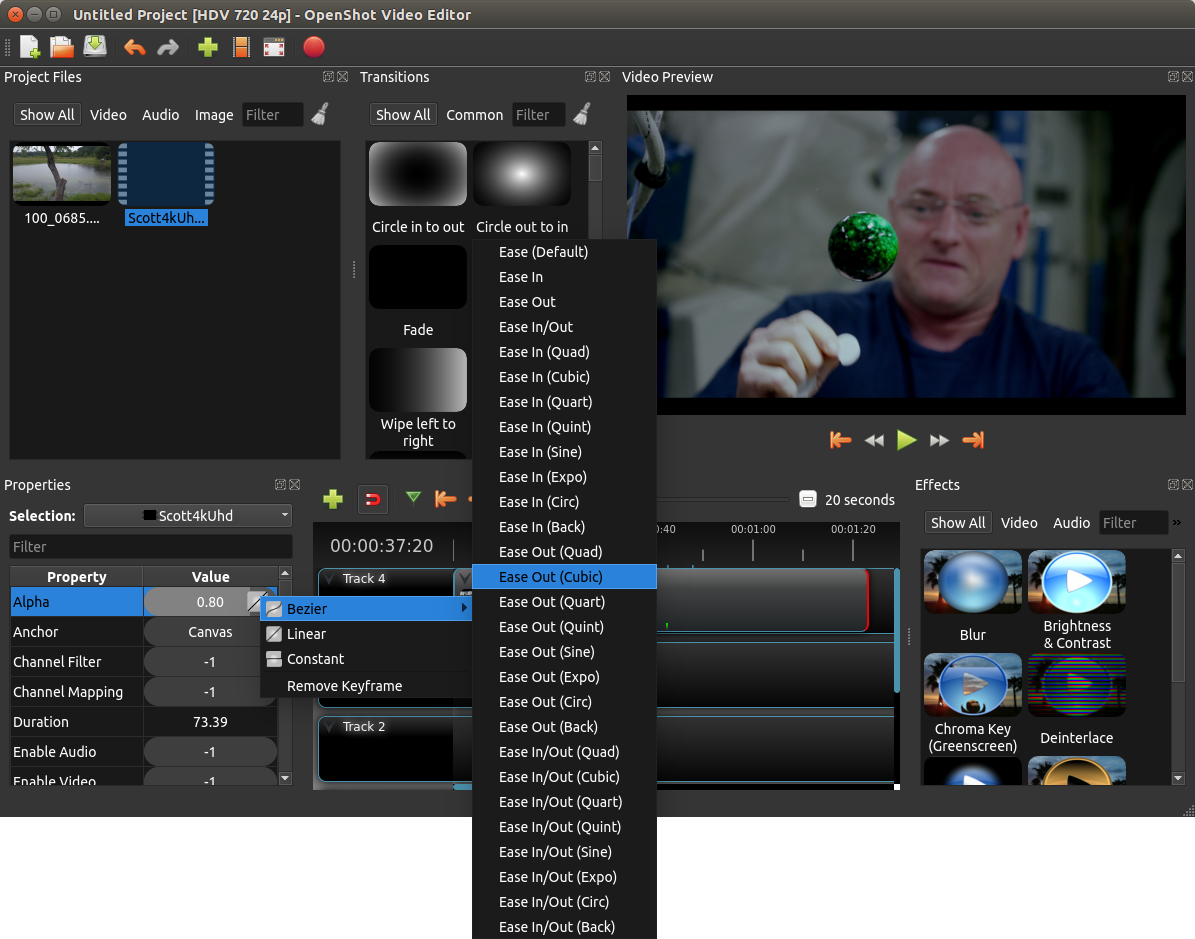 Our library (libopenshot) and Python UI (openshot-qt) have improved error handling, and can now detect stack-traces for crashes and exceptions (on Linux, Mac, and Windows). Not only can it pull out the stack-trace, but it can send that anonymously to the OpenShot website back-end, so I can quickly identify where crashes are happening and more quickly fix them. In other words, OpenShot 2.2 now has real-time error reporting, which I’m really excited about. This can be disabled in the preferences, along with metric reporting. It also contains no personal information, just a basic stack trace of what function crashed. 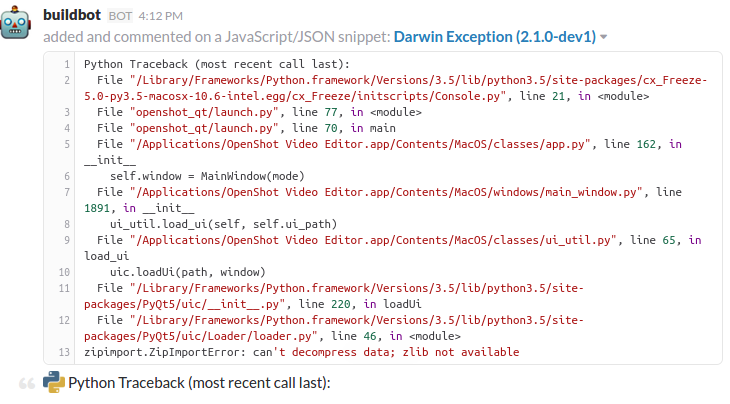 Many Kickstarter backers requested new title templates to be added to OpenShot. I am proud to announce that all new titles are now included in OpenShot 2.2. We have some really nice additions, such as Film Ratings, TV Ratings (small corner rating), and more! 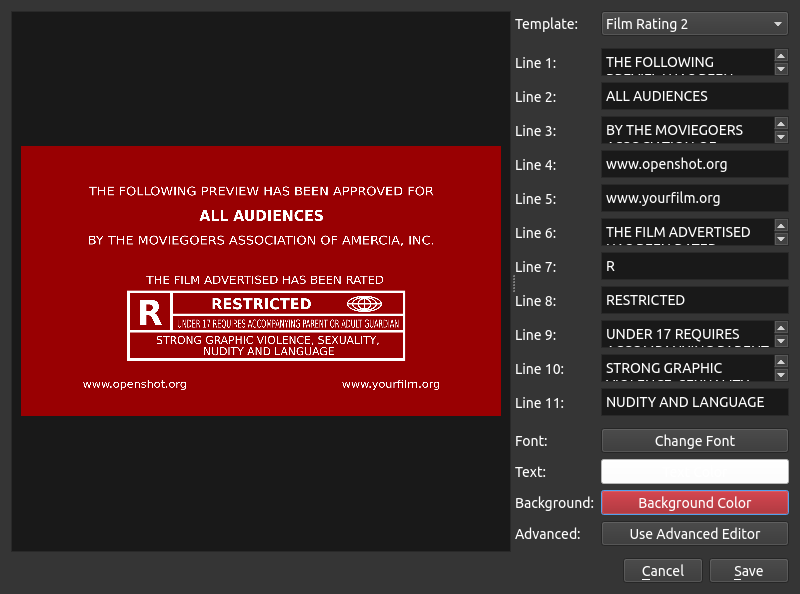 One of the most challenging aspects of running an open-source project such as OpenShot, is the large amounts of data (downloads, installers, etc…). We had been using Amazon S3 previously, and our monthly costs skyrocketed to over $1000 just for data transfer. So, we’ve moved our installers into GitHub (which ironically happens to also be powered by S3), and our installer-related data transfer costs have gone to $0! So, a huge thanks to GitHub for being awesome!

We have also integrated torrents into our build server, and all major releases now include torrents (on our download page), to help further distribute our data transfer.

Many other bugs have been fixed, and lots of small improvements that defy categorization are listed below.

Over the course of this campaign, I’ve received a ton of feedback, and based on that, I’ve included 9 additional major features that were never originally planned (i.e. additional stretch goals). A few of the original stretch goals turned out to be less useful and less demanded than I thought, and so I’m bumping those until I see a bigger demand. 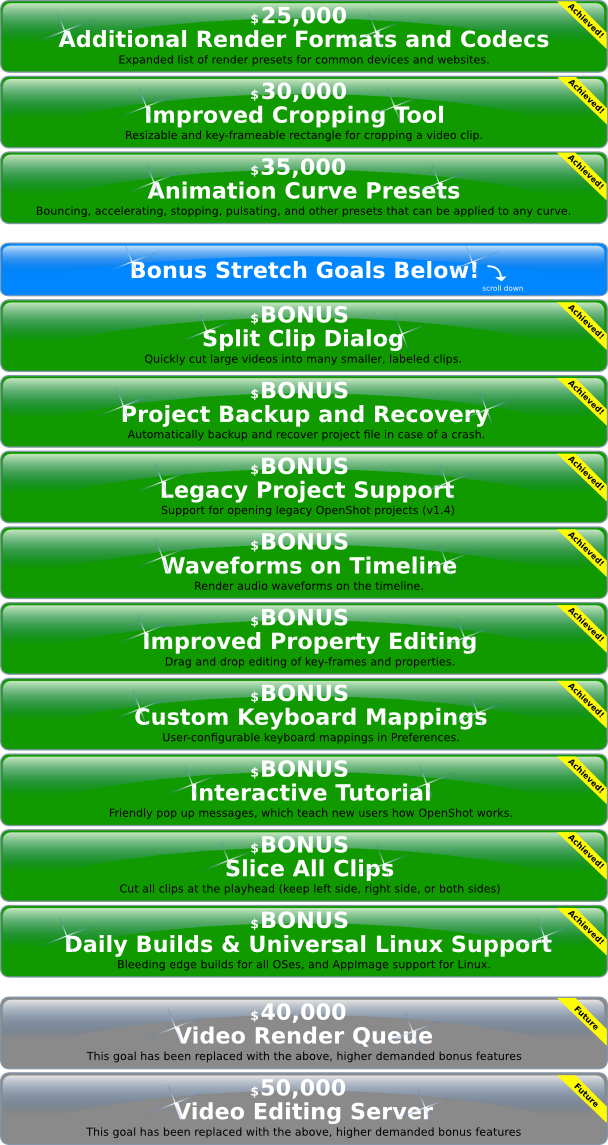 Patreon and the Future

Although this campaign has been successfully completed, OpenShot development marches on, and I will continue to post periodic updates on Kickstarter, especially when new features and new versions are released. If you would like to continue supporting OpenShot, we would be honored and humbled for you to stop by our Patreon page and help us fund the future of OpenShot!

If your support stops here, I just want to thank you again from the bottom of my heart. I have learned so much in the past couple of years, and worked so hard to bring OpenShot 2.x to Windows, Mac, and Linux. And this really is just the beginning of something much bigger than me, and you helped make that happen. Thank you and Happy Holidays!